I recently returned from my first ever visit to the Middle East. For the past five years my family and I have been a part of the Guild Training Network and have immersed ourselves in an Arab Muslim ethnic community in the greater Los Angeles area. As we have been seeking to incarnate the Good News and catalyze a Jesus movement from within the community, we have eagerly sought to learn from and understand the worldview of our neighbors. We have enjoyed hundreds of traditional Arab meals, celebrated dozens of significant cultural and religious events, and spent hours in meaningful (and often seemingly meaningless) conversations. We’ve learned a lot along the way…and have been changed for the better.

As I was recently in Jordan on my first trip to the region, I was struck by how natural and normal the environment felt. I almost felt at home. I did not feel the the typical initial “culture shock” that I have felt before traveling to other countries like Brazil, Peru and Mexico. I was not weirded out by men greeting each other with extended kisses on the cheeks, and it felt normal to see the majority of women covered with hijabs and avoiding the glances of men as I walked the streets.

I truly believe these past five years of living among and engaging the Arab Muslim community where we live is one of the biggest reasons for my feeling “at home” among a very foreign and drastically different culture than my own. The training and mentoring we’ve received as part of the Guild Training Network has definitely impacted the way we see the world and the way we are able to adjust to new cultures and places. And for this I am very grateful! 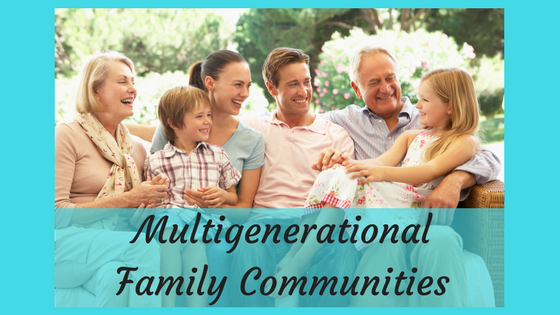 (In my last post, Multigenerational Family Communities, we discussed the major theme of multigenerational families in Scripture and its great importance to the Kingdom of God. I’ll build on that post here.)

Six years ago my wife and I packed up our bags and moved from England to Southern California, where we have never lived, to join both our children in their families and their four children to learn how to build the Kingdom through multi-generational family. The early part of the journey has proved to be difficult, with one of the blessings being that my daughter and her husband have moved in with us with their first child (our fourth grandchild). END_OF_DOCUMENT_TOKEN_TO_BE_REPLACED

Perhaps because of my broken family, God’s familial nature and plan spoke strongly to me as I began to follow Him in the 1970’s. I was captivated by the Genesis story where God pursues mankind through families, from Adam and Eve, through Noah, Abraham, Isaac and Jacob, and my favorite, Joseph. I was impressed early by God’s declaration to Abraham that “in you all the families of the earth will be blessed” (Genesis 12:3, NASB). Through the rest of the Old Testament and into the New, God pursues mankind through families. In Ephesians 3:15 Paul speaks of God as the Father of Mankind, and “through Him every family in heaven and earth derives its name” (food for more thought on the heavenly families!). Family is not some construct that man designed. Earthly family reflects the very image of God’s heavenly family! END_OF_DOCUMENT_TOKEN_TO_BE_REPLACED

Before Jesus ascended into heaven, he instructed his followers that as they were going about, they should be discipling all of the ethnic groups of the world (Matthew 28:19). Most of us who follow Jesus are familiar with this passage. But for most, it is pretty intimidating to think of reaching beyond our own ethnic group, our own cultural comfort zone, and initiating meaningful relationships with people from other groups. But without that barrier crossing, there will be no discipling of all nations….and Jesus will not be treasured by all peoples…and he will not receive the honor and glory he deserves. END_OF_DOCUMENT_TOKEN_TO_BE_REPLACED

This is the fourth and final part of our series Learning Environments for Apostolic Apprentices. At the end of this post there is a link to download the entire paper containing all four parts.

3. Living within the context of the germinating new community

The third environment we have found important is for the apostle to live in the context of the community in which they are trying to be incarnational.  The apostle Paul talks about “becoming all things to all men that by all means he might reach some”. This involved him leaving his beloved Jewish community (a Pharisee community at that) and actually learning to live as a Gentile culturally. Sometimes it is difficult to know where culture ends and Kingdom morality begins.  The only way to find out is to get immersed in the context of the community with the help of older apostles who have struggled through similar issues. Often this is quite an emotional journey, as it must have been for Peter visiting Cornelius’ house in Acts 10. END_OF_DOCUMENT_TOKEN_TO_BE_REPLACED